UVETS is an American based company specializing in the creation and care of highly personalized landscapes and construction for the businesses and homeowners’ associations based in the Dallas/Fort Worth area.

Our company goal is to create a better America by beautifying our cities and urban areas and by hiring the best talent with a focus on veterans and service members who are building their careers.

We take an enormous amount of pride in hiring our veterans and service members to give back to those who have valiantly served.

To provide beyond reproach services that exceed our client’s expectations. This will be accomplished by hiring, developing, training, and retaining human capital of integrity, authenticity, honesty and of high moral character. UVETS is a veteran-centric organization that is committed to the success of our employees, clients, business affiliates, veteran community, philanthropic commitments, and communities.

In managing grounds and large-scale landscape environments, problems will arise. We address and resolve issues swiftly and efficiently. Whether an irrigation line bursts on your grounds or a distinguished guest decides to make an unscheduled visit, we bend over backward to make sure problems are resolved quickly and effectively. We provide detailed reports and take pride in our honest and transparent approach to landscape management and customer service.
INTEGRITY: “always doing what is right, especially when no one is looking”

HONOR: “accept responsibility and be accountable to the client, to the organization and to ourselves”

RESPECT: “treat others as you wish to be treated”

SELFLESS SERVICE: “being a great teammate and always placing the client before the needs of our own”

MORAL COURAGE: “challenging the status quo; pushing our minds to create and develop both as leaders within the organization and in our personal lives”

Understanding Your Needs: UVETS landscape tailors a full range of landscape management services to the needs and objectives of individual clients and their properties. We create action plans that accommodate unique business needs along with individual property requirements. Since our inception, we have managed some of the most prestigious and recognizable landscapes in the DFW area. 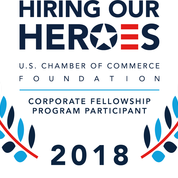 EMPATHY: “treating each client uniquely, with individualized attention and displaying a level of concern that each client perceives as being authentic, genuine and sincere”
RESPONSIVENESS: “the willingness to immediately respond to a client’s needs; phone call, email, and/or immediate resolution to a client’s problem”
ASSURANCE: “demonstrating expertise in every facet of the Green Industry; portraying confidence, knowledge, and trust; to our clients and to our employees”
TANGIBLES: “our physical facilities; equipment, office, apparel; our appearance”? “Are they lasting and meaningful to our clients?”
RELIABILITY: “on time, punctual; are we performing as promised”? “Essentially, UVETS’s word is reliable and we stand behind our product and we do so with a willingness to serve” 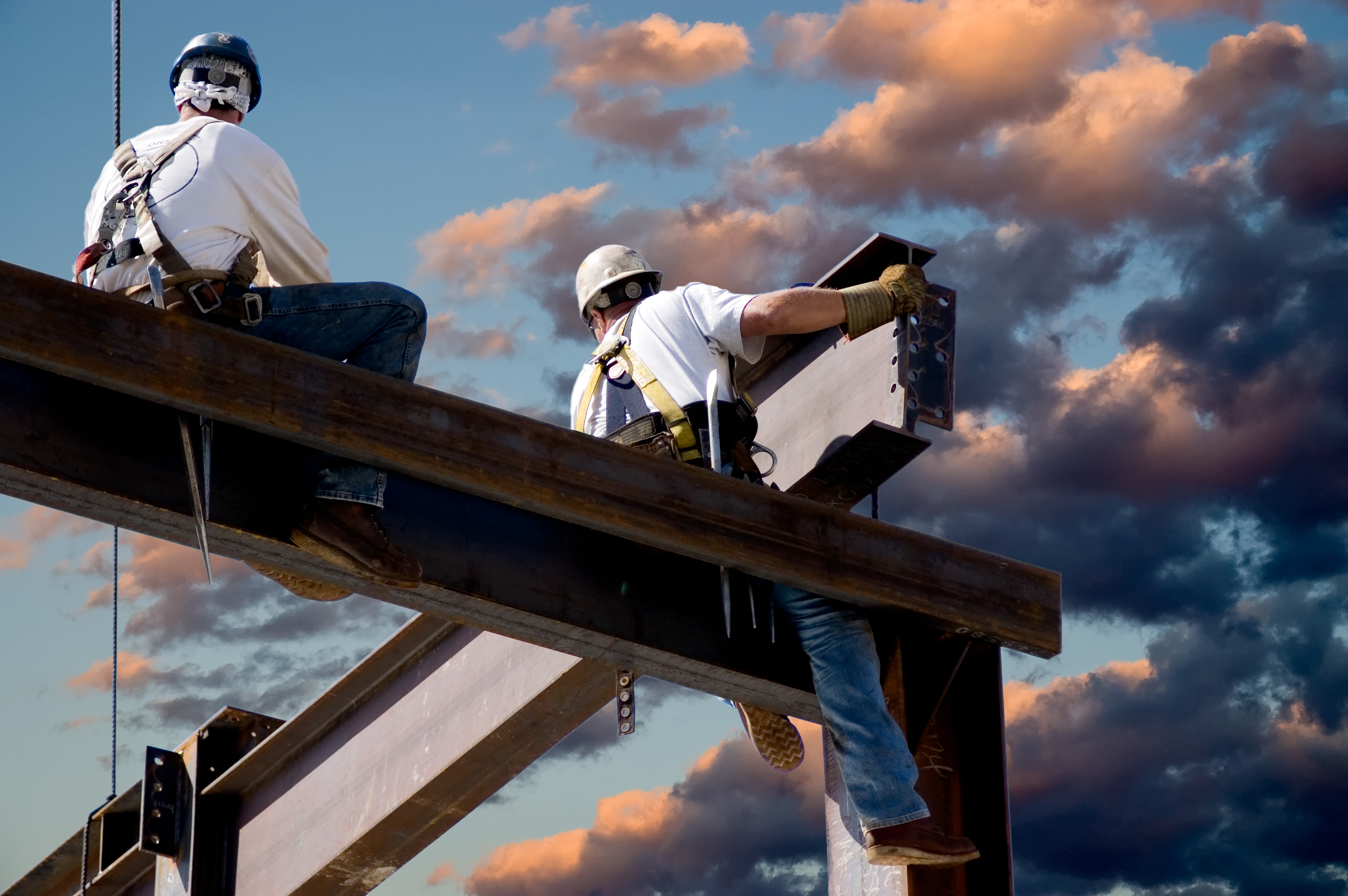 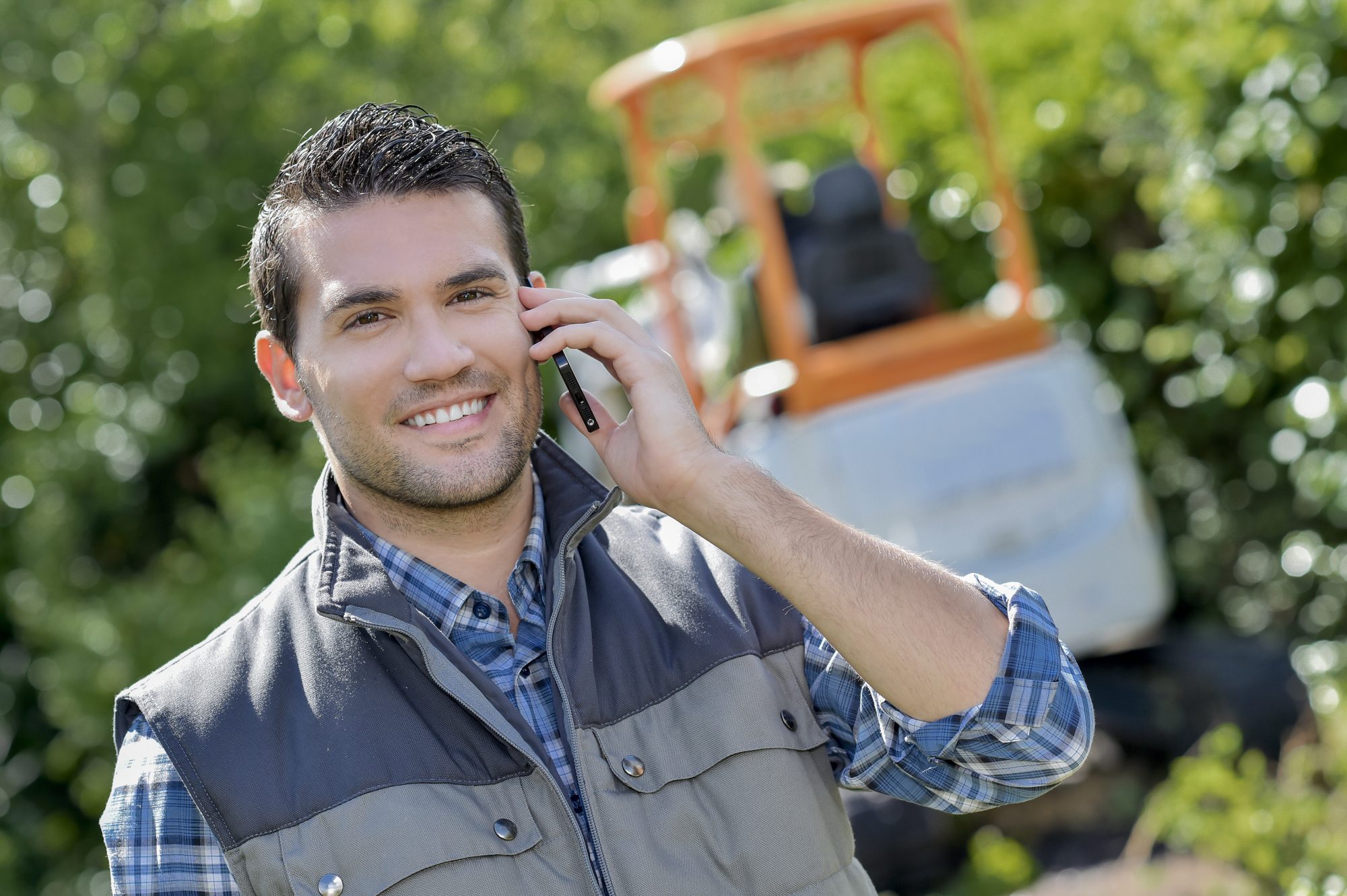 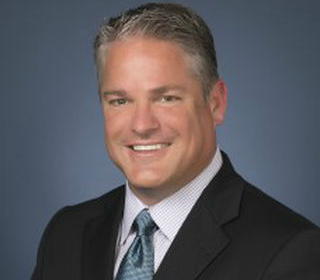 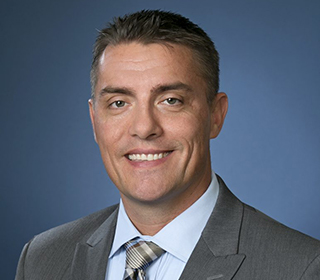 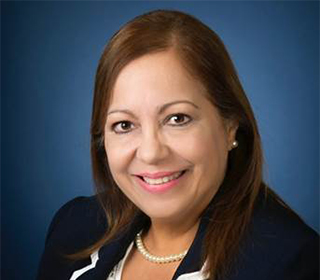 Director of LSS and Performance Management 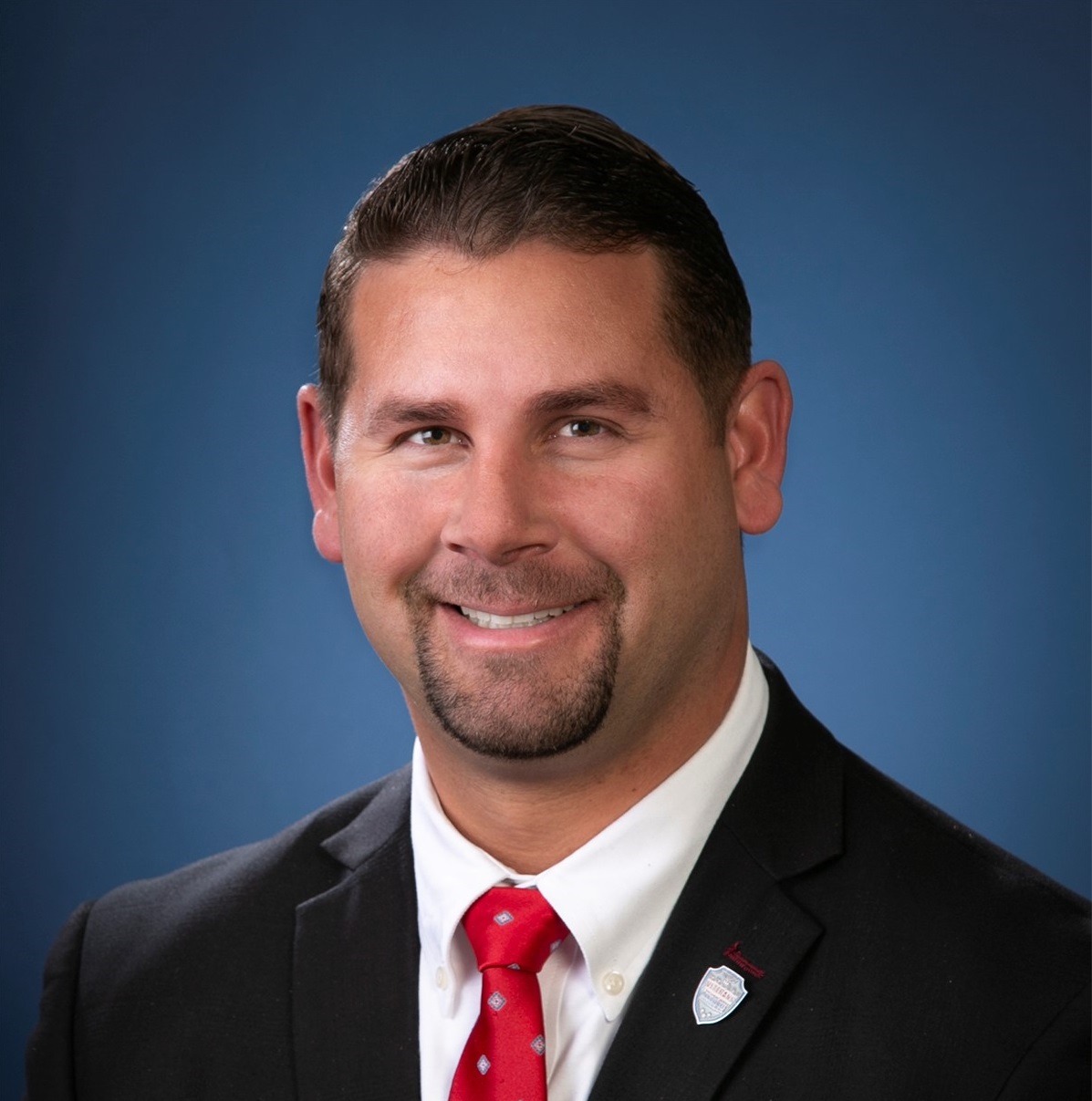 As the Chief Executive Officer and one of the founding members of A.S.T., Tim has shaped the culture and has developed the organization’s mission and values. Tim is guided by a high moral character, striving to deliver a perfect product and values every member of his organization.

Tim further displays a tremendous work ethic, a thirst for knowledge and a compassion for others that is rarely seen. Tim completed his BS in Accounting and earned a Business Degree from the University of Texas at Dallas. He has worked in the banking industry for 14 years.

Tim takes a great deal of pride in having worked for Texas Capital Bank as he was a founding member, becoming a Senior Vice President. He subsequently was employed by Comerica ultimately becoming a Vice President. He is involved with outside board memberships in unrelated industries which have allowed him to bring fresh, creative and intuitive perspectives to his organization.

Tim is also involved with the strategic planning, business development and overall growth of A.S.T. Tim’s ability to build long and lasting relationships within the Dallas/Fort Worth, Texas Metroplex is an inspiration to the entire organization. 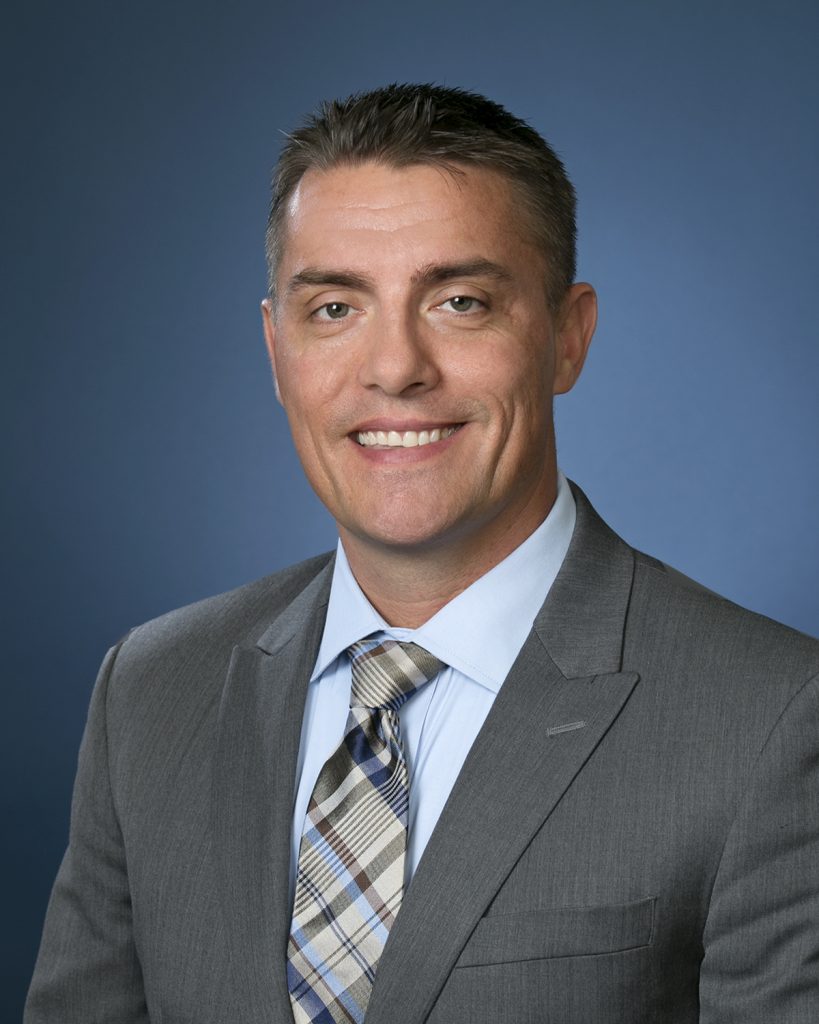 SFC Tassin is married to Melissa Tassin formerly of Alvarado, TX. They have two daughters and three sons; Aubrea, Aiden, Creeland, Cade, and Abby. They own Freedom Fireworks L.L.C. and currently reside in Mansfield, TX. SFC Tassin will officially retire from the United States Army on December 31st, 2018 after selflessly serving our country for over 20 years.

Ms. Diana F. Aponte is the UVETS Director of Lean Six Sigma and Performance Management with 29 years of financial experience in one of the largest banks in Puerto Rico. She is a daughter of a veteran(RIP) for which she inherited profound values of integrity, excellence, and dignity. She has been married to the love of her life, Samuel, for 26 years and together raised six exceptional loving children’s that are the light of their hearts.

During her brilliant career and having a challenging spirit, Ms. Aponte worked in leadership positions across the entire corporation and was awarded many recognitions based on her excellence, efficiency and process improvement.

Some of the highest awards received in her prestigious career are Banco Popular Total Quality Award (1996), Great Idea Award (2009), Commitment Award (2010) and two times the Excellence Award of the Year recipient (2000 and 2014).

In 2017, with determination to increase efficiency across the banking platform; her two large-scale projects saved the bank 10’s of thousands of dollars. In 2013, Ms. Aponte was selected and chosen to enter the Lean Six Sigma Academy completing multiple projects and earning the Black Belt Certification. Because she excels in agile methodologies, Ms. Aponte continued diminishing waste and cost; ultimately, saving the bank substantial amounts of capital.

Ms. Aponte earned her bachelor’s degree with honors distinction from the Sacred Heart University in Puerto Rico. Certified as a Project Management Professional (PMP) since 2005, and member of the Association of Professionals since that time Ms. Aponte continues her pursuit of lifelong learning.

Diana possesses several distinctive skills that enable quality and perfection in an environment that she touches. She’s a self- learner, loves to read financial & Investment materials, and likes to spend her free moments with her lovely family and grandsons.

Her passion is to help Veterans in need and serve as a mentor as they transition to UVETS. Ms. Aponte has been a phenomenal addition to our veteran cause. 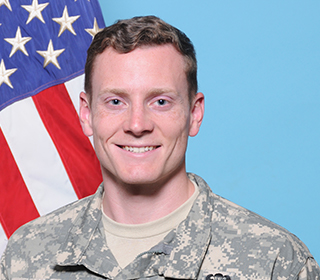 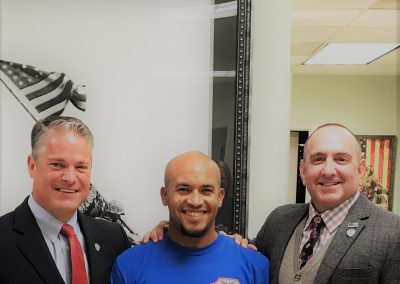 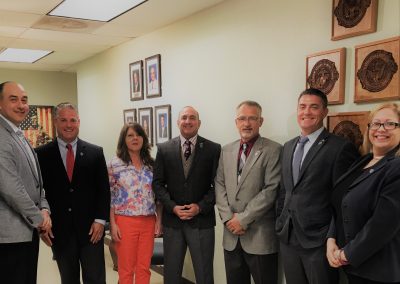 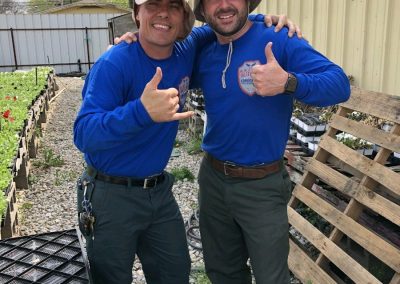 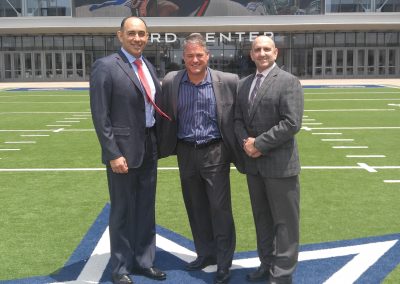 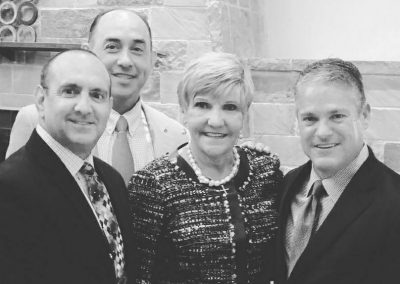 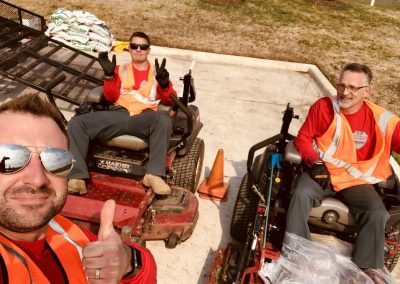 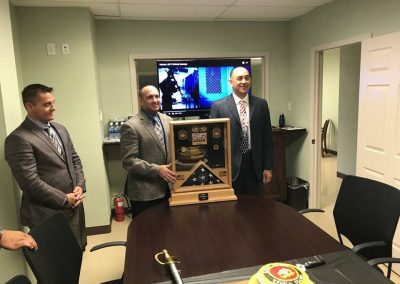 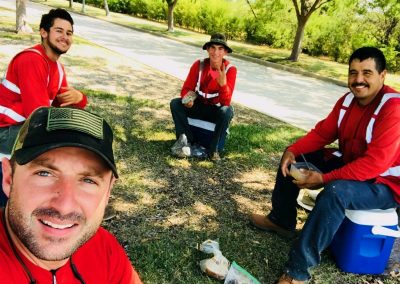 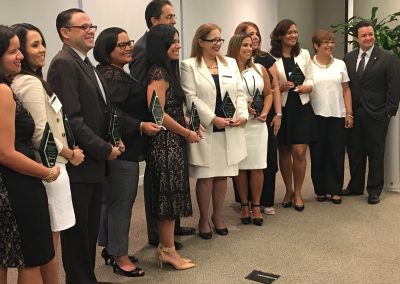 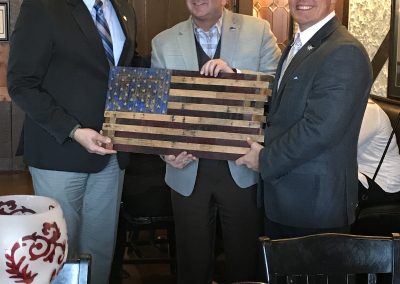 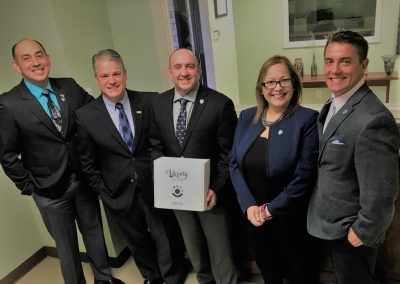 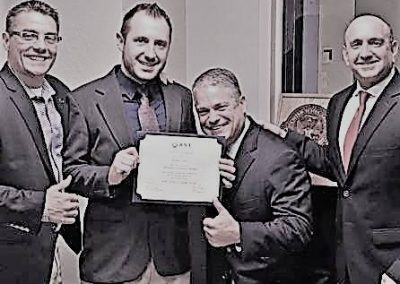 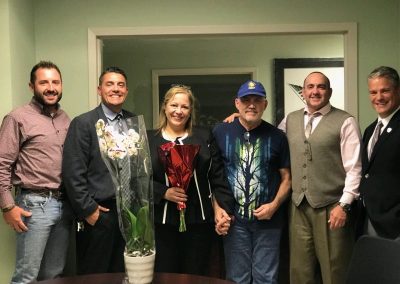 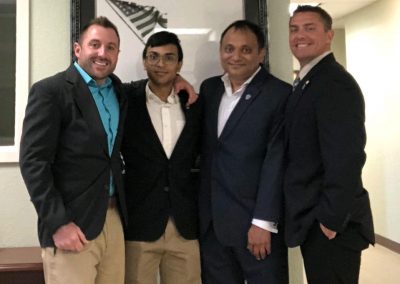 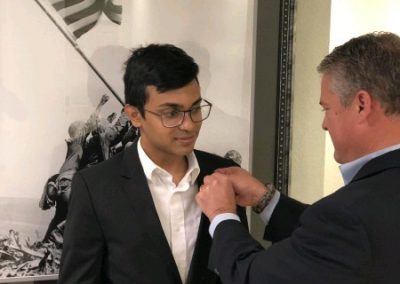